I've always been curious about our web service performance. My first attempts to measure the server capacity was to generate a system load manually:

And monitor the load when running the above scripts. This method can help analyzing the alarm threshold where the system should page someone once the threshold is met. However unless sophisticated scripts are written, running those repeatably can be tiring. This is where JMeter comes to rescue.

Next step is to actually test the app with JMeter. Since the web app is composed of mostly JSON APIs. I created a test plan hitting several APIs with GET/POST requests 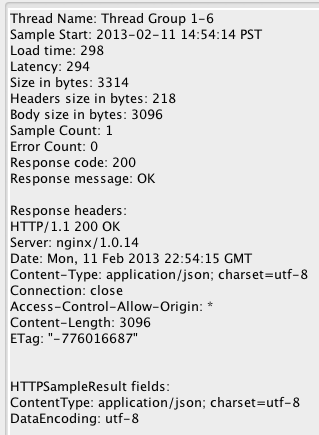 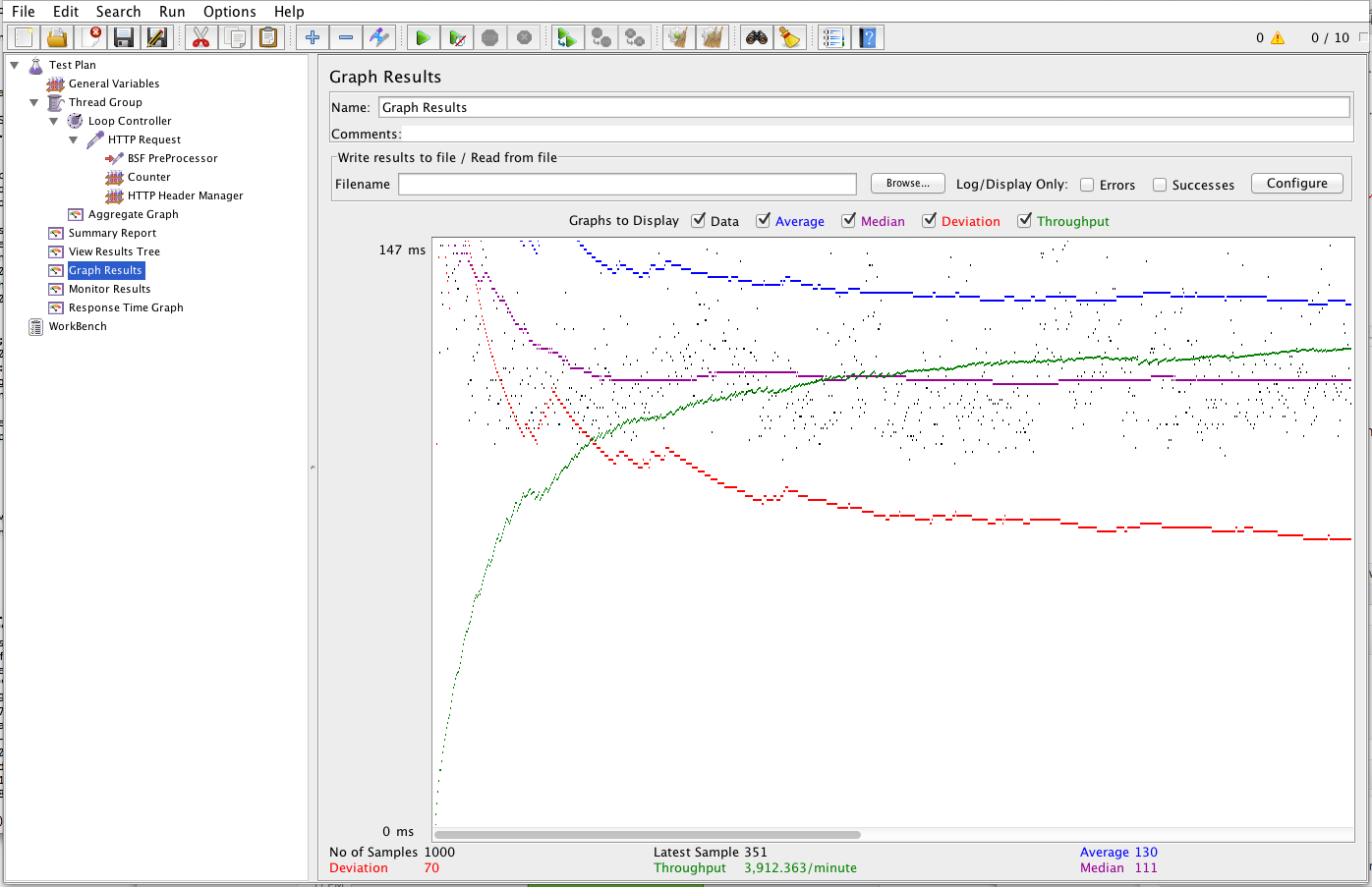 In Graph results, Data legend showed us a scattered points of response time while Median value showed us approximately steady response time over time. I assume I can use mean or median response time to estimate how fast the server responds to concurrent requests.

In combination of server resources monitoring, we can measure the point where bottlenecks appears by simply increasing the number of threads in intervals 100, 150, 200, 500... For example, at a point when there is a socket handup, if there is enough memory, we can increase accordingly the number of node in the app cluster.